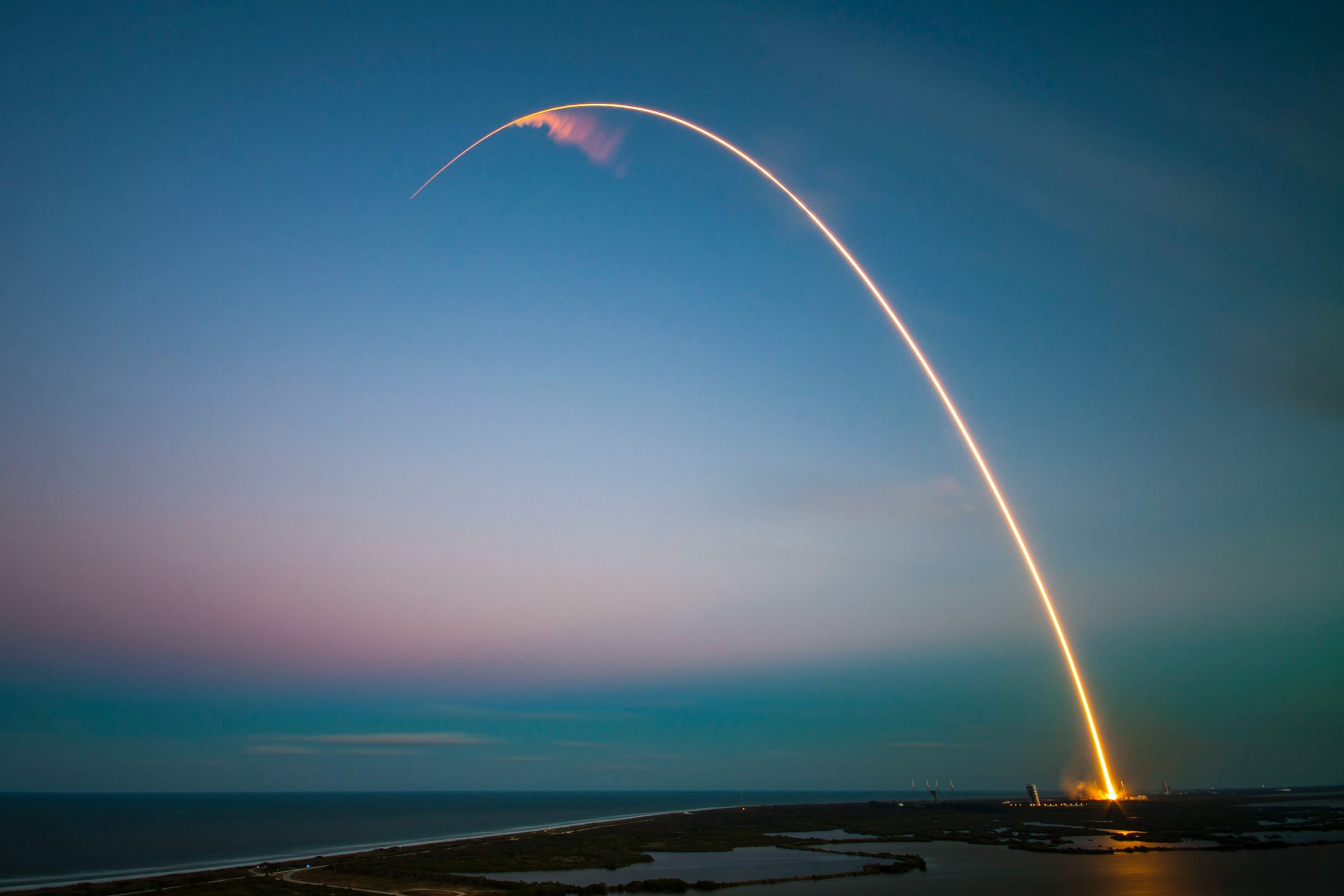 Agnes Ebedi is a woman of God with a strong…

This is your Crossover Season!

This morning, I was spending some time in worship and was suddenly taken into a vision. In this vision, I saw a heavy rocket blasting off. The sight was so intense as I could see the rocket fires squirting out of the exhaust nozzle with high pressure as it instantly blasted off the launch pad into the sky. When I came out of the vision, I heard the Father say that as we move into the new decade, we are moving into an era of breakthrough. In the same way that a lot of pressure and force is expensed into the launching of a rocket, many have experienced unusual pressure and fiery attacks in 2019. Many have fought many battles and some have felt close to burnout but I heard Him say that just like the rocket fuel empowers a rocket to blast off and it activates its launch, there is a divine infusion coming to His people as we step into this new decade. Just like at Pentecost, in Acts 2:1, it was the birthing of a new era and a fresh wind was released to them as they received the promised Holy Spirit, even now, a fresh wind releasing massive supernatural strength to activate this era of breakthrough is being released. I heard Him say that in the same way that His power came on Elijah, in 1st Kings 18:46, and gave him special supernatural strength to run and overtake chariots of horses; the hand and help of God is coming to His people as we step into the new decade to refill, refuel, rejuvenate and strengthen His people.

This is a strategic moment in History. Like Jacob in Genesis 32:28, when He encountered the Lord at the start of a new era, his name was instantly changed and his life was radically transformed and divinely altered in a moment, I heard the Father say that we are standing a pivotal moment in history and within the next few weeks many shall experience radical, time-splitting, divine encounters that will determine the course of personal destinies and the destinies of nations. There is heavy supernatural activity at the brink of this new decade because of the magnitude of what is about to take place on the earth. There is a new realm of favor that is being released in the earth that will bring about an unlocking of divine purpose and promise. In the same way that Joseph stepped into promotion in Egypt, in Genesis 39:21, because of the force of the favor of God that rested on Him, there is a new realm of unexpected, unprecedented, undeserved, unforeseen favor coming upon the people of God “Nations shall come to the brightness of your rising,” Isaiah 60:3, Kings shall seek audience with the people of God in this hour because of the new level of His Glory and His goodness that shall rest upon God’s people. I heard the Spirit of God say that as we step into this new era, the anointing that rested on Daniel is resting on a generation to have favor and position in places of government. The anointing that rested on Esther is resting on God’s people to see entire people cities and nations set free. This is a pivotal hour and a set time as God is strategically positioning and placing His people in ministry and marketplace as we stand at the brink of a mighty move of His Spirit on the earth.

This is your Appointed Time for Favor!

The Lord has been speaking the word ‘favor’ to me in the last 365 days and in a dream recently, I was standing in a massive courtroom. We were many standing together. I recognized the faces of 2 dynamic prophetic leaders in my life, Nate and Christy Johnston. We were all standing before a judge. We were presenting a petition to the judge and a positive outcome seemed impossible. The air was very tense that you could cut through it with a knife as all eyes were fixed on the judge. The final decision was about to be made about this request that had been brought repeatedly before the judge. He suddenly lifted the gavel and as he put it down, the judge ruled in our favor. I turned to Christy and she declared “We are moving to the next level!” When I awakened, I heard the Father say that just like parable of the widow and the unjust judge in Luke 18:1-8 many have been petitioning God for many days about circumstances that have seemed impossible and I heard Him say that there is heavy conversation in heaven right now because “the bowls are tipping over” Revelation 5:12 and as you step into the new year, your prayer requests are about to become your praise reports. It’s celebration time! Proverbs 13:12 says “hope delayed makes the heart sick but a longing fulfilled is a tree of life.” Many have experienced hope deferred in the last season because of the delay in the manifestation of promises but I heard Him say that because God has ruled in your favor; the turnaround moment has come. You’re breaking out of the confines of the past season into the kairos of this new season; your set time for favor.

This is your Crossover Season!

You are Stepping into the place called Breakthrough

I prophesy that the birth of this new decade shall bring about breakthrough, movement and divine relocation. Many shall move from a place of delay into destiny altering divine appointments that will launch them into possessing their promises. I declare that you shall move from a place of barrenness into bountiful harvest. For some, the last season was a ploughing season and was hard, but the harvest season is here. As you step into this new decade, this era of breakthrough, I declare that you are moving out of trials into a turnaround, you’re stepping out of a season of testing into testimonies. Instead of setbacks, you shall have divine set ups for success. You’re moving out of crisis into kairos as this is your set time of favor. I declare that this shall be your best year yet, your best decade yet. You shall speedily, suddenly, give birth to your breakthrough; your promise from God; your divine purpose in Jesus’ name. I declare that rapid, repeated, reoccurring, restoration is coming to you for everything that was lost in the last season. I declare a rush and a rapid release of blessings from heaven coming to you in Jesus’ name. I prophesy a double portion of blessing for every trouble you encountered in the past. You shall defy the odds and breakthrough into 2020 just like a rocket in Jesus’ name.

Get 3 New Free Declarations from the latest eBook!

Subscribe now… New Declarations will be sent by email!

Agnes Ebedi is a woman of God with a strong prophetic anointing. Her vision is to see people across the globe encounter the person, presence and power of God.

I’m Honored To Be Here, My Life Has Truly Been Touched By Your Ministry Prophetess Agnes, The Mantel You Carry Is🔥🔥🔥🔥🔥
Tee Irving💛

Every Promise shall be Resurrected and Released SUDDENLY!

The Hand of God has Released our Victory!

The ROAR of an Awakened Bride!

The Rise of a Global Revolution!

Get 3 New Free Declarations from the latest eBook!

Subscribe now… New Declarations will be sent by email!

PRESS ESC TO CLOSE
Send this to a friend
Hi, this may be interesting you: You shall Breakthrough into 2020 just like a Rocket!! This is the link: https://www.agnesebedi.com/breakthrough/121-you-shall-breakthrough-into-2020-just-like-a-rocket/